The capital of the Silesian Voivodeship was founded in 1865. It serves as an example of how a former industrial centre can successfully transform into an environmentally friendly place where modern technologies are developed.

From its very beginning, Katowice was closely tied to science. One of the founders of the city was a respected medical doctor, Richard Holtze. It was in Katowice where the Nobel Prize winner in physics, Maria Göppert-Mayer, was born. Her scientific activity has been commemorated by a mural on the wall of the Rectorate of the University of Silesia in Katowice.

The capital of Silesia is a colourful mosaic that successfully combines its industrial past with moderinty and focuses on sustainable, ecological development. The flagship example is the Culture Zone, located in the areas of former industrial enterprises. Today it houses the modern Silesian Museum, which adapted the area of the “Katowice” mine closed in 1999. The now inactive shaft “Warszawa II” has been transformed into the museum’s observation tower, from which the beautiful view of the city panorama can be enjoyed.

The other facilities making up the Culture Zone impress with architectural solutions. The building of the Polish National Radio Symphony Orchestra  (NOSPR) is modelled on the buildings of the former mining estate in Katowice – the Nikiszowiec district. Thus, modern architecture blends seamlessly with the historical fabric of the city. The excellent acoustics inside the building was designed by Yasuhisa Toyota from Nagata Acoustics, responsible, inter alia, for the renovation of the Sydney Opera House concert hall.

In the vicinity of the Orchestra’s seat, we can find other impressive buildings, such as the International Congress Centre (MCK), which has been awarded in international design competitions, and the icon of Katowice – Spodek. The latter was opened in 1971, and although the architecture of the fallen in 1989 Polish People’s Republic is already marked by the passage of time, the “cosmic” object is still a showcase and hallmark of the Silesian metropolis.

Today, Katowice – part of the GZM Metropolis – is a centre of energetically developing scientific projects and investments that focus on modern technologies and environmentally friendly solutions.

Katowice does not forget about its difficult past, initiating actions promoting sustainable and ecological development. The events of high international importance taking place in the capital of Silesia, such as the UN Climate Change conference (the so-called COP24) in 2018 and the Internet Governance Forum in 2021, are evidence of the region’s increasing role in global changes.

Science and its popularisation is developing rapidly here. Silesian Science Festival KATOWICE is one of the largest events popularising science in Europe. During the festival, numerous scientists from Poland and abroad conduct lectures, workshops and meetings, during which they can talk about their fields of study in front of thousands people.

The Silesian region boasts a high concentration of universities, whose mutual cooperation allows for even better use of the intellectual potential of their academic community. Thus, the academic consortium “Katowice – City of Science” includes seven universities:

By working together, the universities are able to respond to the most important and extremely complex civilisational challenges facing the city and region, such as health care, energy, technological and social transformation after the era of heavy industry, climate change, digitalisation and cyber security, depopulation and improving general education.

These are the issues listed in the United Nations Sustainable Development Goals – a document constituting a global blueprint of changes aimed at guaranteeing a just society based on safety and equality.

In addition to joint initiatives, each of the institutions of the Academic Consortium “Katowice – City of Science” implements projects as part of intra-university activities, which also contribute to improving the quality of life of the region’s inhabitants, by caring for culture, and concern for the environment and climate.

Katowice is the host of this year’s World Urban Forum – premier global conference concerning municipal policies, transformation and development. The 11th edition of the event organised by the UN-Habitat, held on 26-30 June 2022, is an excellent opportunity to present the city’s achievements in the development and transformation of the region.

Katowice, together with the aforementioned seven universities of the consortium, creates a space that is to provide inspiration for ideas implemented in the future, and serve to exchange experiences.

You can read about all of the undertakings in Katowice that are part of the United Nations Sustainable Development Goals on the website of the World Urban Forum.

It is important to bear in mind that in the city – apart from the universities mentioned above – there are also other scientific institutions and organisations that implement research and scientific projects important for the region. For example, the modern Centre for Scientific Information and Academic Library (CINiBA) which was established as a joint undertaking of the University of Silesia in Katowice and the University of Economics in Katowice. The institution does not only collects and provides library materials, but also conducts teaching activities, and develops IT infrastructure and modern library systems.

What is more, the Silesian Library, which is a public and regional library with scientific status, is located in Katowice. In addition to providing access to library collections, consisting of more than 2.6 million volumes, the institution conducts scientific and research works in the field of library studies and related fields.

Katowice is also full of green spaces. 40% of the city is covered with forests, while its residents like to spend time in places such as Dolina Trzech Stawów (Valley of Three Ponds) or Park Kościuszki (the Kosciuszko Park). The well-developed network of bicycle paths is also very popular.

The project of the Centre for Computer Games and Technology, which will occupy the area of the revitalised buildings of the “Wieczorek” mine, is under construction as well. The aim of the investment is to create a single place gathering technology companies and enterprises from the e-sports and computer games industry.

The historical transformation of the region is still visible in many places of the city. To see that, it is worth visiting the aforementioned Nikiszowiec. The district grew up around the Giesche mine (now “Wieczorek”) is a classic mining housing estate that was to meet all the needs of the workers and their families. In addition to the characteristic architecture, thanks to which this place has retained its unique atmosphere, in Nikiszowiec you can also see the former workers’ housing, an old laundry and mangle being under the care of the Museum of Katowice History.

The capital of Silesia can also boast numerous modernist buildings scattered within the city centre. They stand out from other buildings, and still amaze with the combination of functionality and minimalism. Many outstanding and recognised architects were engaged in the modernisation of Katowice in the 1920s, including Tadeusz Michejda, Karol Schayer, Zbigniew Rzepecki, Lucjan Sikorski, Tadeusz Kozłowski, Leon Dietz d’Arma, Jadwiga Dobrzyńska and Zygmunt Łoboda. Katowice was once called “Polish Chicago”, because the first towerblocks in Poland were erected here. One of them, literally called a Skyscraper, can be seen at ul. Żwirki i Wigury 15/17.

The Silesian Centre for Freedom and Solidarity, located on the premises of the “Wujek” Coal Mine, commemorates a particularly painful event in the history of the city and its inhabitants – the pacification of striking miners. In this place, on 16 December 1981, nine mine workers were brutally killed by militiamen.

With almost 300,000 inhabitants, Katowice is a mixture of the past and the present, history and modernity, tradition and innovation. The city is an excellent example of a city that instead of building the new on the ruins of the old, skilfully combines one with the other. Years of hard work in transforming society, infrastructure and the environment make Katowice a modern and friendly place for residents, employees, scientists, and tourists.

ESOF – EuroScience Open Forum – founded in 2004 by EuroScience, the European Association for the Advancement of Science and Technology; is the biennial pan-European convention dedicated to research and innovation.

At ESOF, leading scientists, researchers, young researchers, business people, entrepreneurs and innovators, policy makers, science and technology communicators and the general public from all over Europe discuss new discoveries and debate the direction that research is taking in the sciences, humanities and social sciences.

ESOF – EuroScience Open Forum –, founded in 2004 by EuroScience, the non-profit grassroots organisation of researchers and science professionals in Europe, is the biennial pan-European meeting dedicated to research and innovation.
At ESOF meetings leading scientists, researchers, young researchers, business people, entrepreneurs and innovators, policy makers, science and technology communicators and the general public from all over Europe discuss new discoveries and debate the direction that research is taking in the sciences, humanities and social sciences. 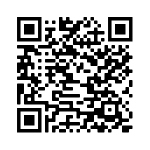 ESOF – EuroScience Open Forum –, founded in 2004 by EuroScience, the non-profit grassroots organization of researchers in Europe, is the biennial pan-European meeting dedicated to research and innovation. At ESOF meetings leading scientists, researchers, young researchers, business people, entrepreneurs and innovators, policy makers, science and technology communicators and the general public from all over Europe discuss new discoveries and debate the direction that research is taking in the sciences, humanities and social sciences.